« Universal Truths Day
How Not To Be An American Woman »

Human Population Diversity At The Olympics

China’s coach, Lu Shanzhen, bristled when the age issue arose again on the day his gymnasts had upset the Americans, the reigning world champions. He would not explain Deng’s missing tooth.

“It’s unfair that people keep saying the Chinese are too young to compete,” Lu said in Mandarin on his way out of the National Indoor Stadium. “If they think they can tell someone’s age just by looking at them, well, if you look at the foreign athletes, they have so much more muscles than the Chinese. They are so strong. Do you then say that they are doping?”

He has a point. Neoteny in da house, yo. 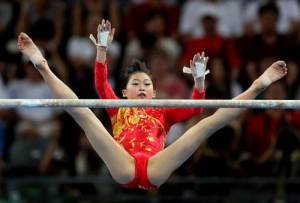 nothing to see here.

This post NOT Gannon approved, due to lack of secondary sex characteristics.